Why is the POT ( potato, onion, tomato) sizzling again ?

Every monsoon the price of potato, onion, tomato POT starts moving north.  The volatility starts hurting the kitchen POT before the festival season and by Diwali spices and pulses join party. Soon food inflation rips through the family budget. If elections are round the corner the effect is usually pronounced. With Bihar and Bengal going to the polls, the next six months could be a fiery roller coaster. 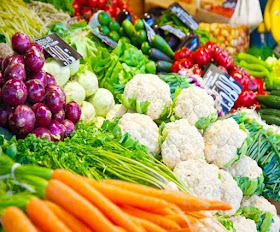 Like every year,  the media highlighted what was happening as the rains started. The Financial Express in the month of  July headlined an article  ‘Tomato, potato are the new onion; prices more than double after reduced crop, lockdown’  Every year the  Government first stops exports after the food inflation starts. It assures citizens that prices will soon cool.

The Indian Express highlighted  in September ‘Explained: Here’s why the Centre has banned the export of onions’ . And predictably a few months later after the onion tears flow, it starts imports belatedly. In October the Business Standard reported ‘Onion prices drop a little but likely to stay until imports arrive. ‘  Like every year the imports will not arrive till Deepavali and the traders will make hay while the consumer cries. Though it will adversely affect the Bihar elections the Government will not be able to stop it. 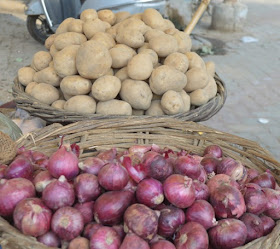 I have been writing about this phenomenon in several newspapers and magazines  for almost a decade. My December 2017  article Volatile agriculture prices may bring about electoral losses and my  book India Emerging : From Policy Paralysis to Hyper Economics explains the phenomenon in detail. The phenomenon of Potatoes grown in Agra and Stored in Pune is elaborated in detail with data from the National Horticultural Board. The Government has recently amended the farm laws to make procurement easy. But removing APMC Mandis and arresting hoarders  will never stop cartels or rural distress. Bihar banished the APMC Mandis in 2006 but the price volatility and rural poverty still remains. What will ease the situation for both the farmer and the house wife is development of many more alternative markets. Not on legislation alone, but  on the ground. That is yet to happen.

Excerpts from ‘India Emerging : From Policy Paralysis to Hyper Economics’

Once  upon  a  time,  mandis—vegetable  markets—of  India  were  thriving local marketplaces. They were  nearby destinations where  a farmer could sell his produce  at  a good price. But  slowly, these  mandi  committees saw an influx of politicians  who started creating coteries  and monopolising the  mandis. Most  farmers  outside  the  coterie had to  wait  for days to get their chance  to sell in the  mandis  unless they paid a commission to mandi authorised  commission agents or  dalals. Then there  were  huge  price manipulation, weight  manipulation and delayed payments. Agricultural Produce  Market  Committee  Act  (APMC)  was first  proposed  in 2003. Laws of APMC were  drafted by each state  separately and never favoured free  trade. They made  mandi  committees all powerful and put farmers at the mercy of committees and commission agents.

The  Act  not  only mandated farmers to sell exclusively at  the  mandi, but  it  also created a series of brokers and commission agents who would act  as negotiators between farmers and traders. As a result, a farmer who could not  negotiate  cleverly and had less financial capacity to hold stocks got  less than half the  price  of the  commodities resold by traders to other centres. As farmers remained poor, commission agents and big  traders became  richer and politically influential. 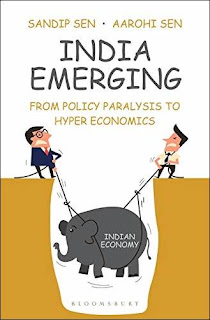 The nexus of big farmer traders with political parties and moneybags of NCDEX futures market  also contributed to the  rise  of trading cartels. Nashik and Lasalgaon  mandis  have  traditionally been the  centre  of India’s onion and tomato trade. Farmer-traders understood the  political power of  onion,  whose  price  has  been  volatile  before elections  since  the  1980s. Less than a dozen traders reportedly control over 50% of the  onion trade in India. APMC  mandi  committee  system, where  farmers are  forced to sell  their  products only through  mandis,  is  believed  to have  created  such monopolies.

Since  onions and tomatoes are  integral to the  Indian curry, a rise  in the price  of any of the  two vegetables upsets kitchen budget. The  political class that  controlled the  mandis  in Maharashtra started using this leverage in politics. Elections soon became  synonymous with volatility in the  price of onions. Onion price volatility  was  extended to tomato price during the  last  decade, though tomato production is spread over much larger geography.

In the  winter of 2011, there  was an excess production of potato in Punjab. Farmers in Jalandhar started throwing potato on the  streets because  prices had  dipped  below  ₹100  per  quintal  (₹1  per  kg)  and  did  not  cover  even  the transport  costs to the  mandi. Agriculture  Minister Sharad Pawar stepped in and got  traders of the  prosperous Mumbai-Pune  belt  to pick up excess stocks. 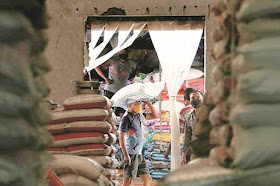 Potatoes  grown in Punjab and in the  Indo-Gangetic belt were transported  over  1,000  miles  to be  stored in cold  storages  of  Maharashtra and Karnataka. Soon this trend was witnessed across the  potato-growing belt.  Mandi arrivals at  UP, Bihar and West  Bengal, which produced and consumed most  potatoes, fell while  that  of Maharashtra and Karnataka rose. Potato, onion and tomato—namely  the POT—were the three vegetables that  accounted for  40% of all the  vegetables consumed in India.

Together with  onions  and tomatoes  grown  in  Maharashtra, the potato trade  shifted to Maharashtra traders in the  Mumbai-Pune  belt, who had  deep pockets and created a  trading  cartel.  They started manipulating prices  of potato, onion  and tomatoes,  making kitchens sizzle. Vegetable prices  rose fourfold in  the next five years. They  not only  rose steeply but  they also became  volatile. Traders ensured that  prices dipped during procurement  season  so that  they could  buy cheaply.  This caused acute farmer distress. They also ensured that  prices peaked mid-season so that they could maximise  profits. So,  while  farmers got  hurt  by  the  price volatility so did the  consumer, as traders ruled the  roost.

I wrote  two articles, one  in  Women’s  Era  titled ‘Kitchen Under Siege’ and another in  The  Hindu  Business Line  titled ‘Potato Farming: India Makes a Hash of it’, giving the  details of meagre  potato arrivals in Agra, Patna and Kolkata  mandis  in the  year  2013. Nearly three-quarters of India’s potatoes  are grown in the Indo-Gangetic belt. But since 2011, the potatoes are stored in godowns at Maharashtra and Karnataka by the POT trading cartel.

The  effect  of  this  hoarding  at  away  centres  can  be  seen  in  Figure 11.1—a graph plotted with data from National Horticulture Board in 2013. Though 73% of the  potatoes were  grown in the  Indo-Gangetic belt in the  three  populous states of UP, Bihar and West  Bengal, that  year just 6% of the  potatoes found their  way to the  large mandis at  Agra, Lucknow, Patna and Kolkata. On the  other hand, two states of Maharashtra and Karnataka  where  just  3%  of  the  potato  crop  was  produced  saw  52%  of the  potato arrivals in the  mandis. It  was  not  that  the mandi arrivals  were at  the  consumer centres.

The  three  large  states of UP, Bihar and Bengal have a population  touching 40 crore (400 million) which  accounts for nearly a third of India’s potato consumers. Maharashtra and Karnataka have  a population of 17 crore  (170 million) by comparison. The  data shows that  the  humble  potato had to travel needlessly to distant  godowns more  than 1,000 miles  away  from  major  production  and consumption centres, just  because  investors chose  to stock it  at away centres. Potato prices  shot  up unnecessarily as the  consumer paid the  cost  of moving the potato stock to and fro that  was incidentally more  than what  the  farmer received for his produce.

This trend  of hoarding  at  away centres accelerated in the  last  decade with the POT trade  largely under control of the  traders of the  MumbaiPune-Nashik belt. It  is  reported  that  in  the  case  of  high-value  pulses and spices, some  of the  produce  is exported and the  stocking is done  in the Middle  East. The  price  stability of the  kitchen was completely lost  during the  period  2011–2015,  but  we  will  come  to  that  later.  The  price  rise was accompanied by  wild seasonal swings,  particularly  during  election seasons. It plagued the  UPA government  and is now plaguing the  NDA regime. It is  not that political parties  and successive governments  have not done  anything to  keep the  prices under control. It  is only that  they have not  done enough. They created the  volatility and are  now being bitten by a genie, totally out  of control.