Why is Bharat Not Atmanirbhar?

Three current issues addressed in
The Inside Story of Indian Banking.

Why is Bharat Not Atmanirbhar?

How are subsidies  for the Indian farmer siphoned off to benefit corporates?

Are financial institutions put to high risk by bureaucrats and politicians?

From Self-sufficiency to ‘Largest Fertilizer Importer’ 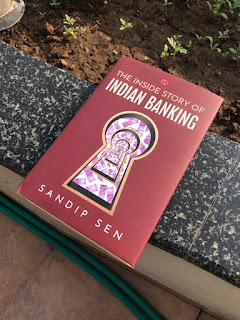 There was a five-fold rise in subsidies during the period 2007 to 2010, peaking at  Rs. 67,200 crore. The entire banking system, and other financial institutions, were at high risk during this import  spree.

Though India had two experienced state-owned importers in MMTC and STC, most of the importing of fertilizer during this period was done by the little-known Indian Potash Ltd (IPL), a private company in which IFFCO had 34 per cent stake. IPL had, on its board, several IAS officers, and like IFFCO, it had had one P.S. Gahlaut as its managing director for more than 20 years, well past any reasonable superannuation age. Apart from IFFCO,  quite a few  other fertilizer  companies  had  minor  stakes in IPL, which had a tiny equity base of less than  Rs10 crore and a  turnover  of  around  Rs 1,600  crore  in  the  year  2004.

After the fertilizer policy on imports was modified, IPL aggressively stepped into the shoes of the state-owned importers, with  political support. In May  2007, Dr J.S. Sarma,  the then secretary in the Department of Fertilizer (DOF), issued two notifications to chief secretaries of states, to give 100 per cent advance for the import of fertilizers to IPL on top priority. The two orders made IPL virtually a monopoly importer of fertilizers and armed it with huge advances, though fertilizers could be, and usually  were,  imported  on  Letters  of  Credit  (LCs). 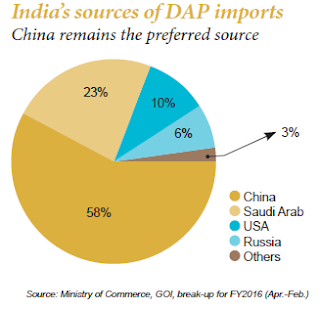 Between 2006 and 2008, IPL’s loan funds grew tenfold, from  Rs 228 crore to well over  Rs 2,030 crore, and this debt was dangerously leveraged at an extremely high debt-equity ratio*  of 15:1 (Fig. 2.2 -only in PDF/print ). The safe leveraging norm is usually 2:1. In IPL’s case, its debt was 15 times its net worth during the period. Its auditors, Deloitte, Haskins & Sells, did not red flag it, and the debt doubled the following year. The operations put the entire banking industry at risk as the LCs were drawn on nearly half a dozen PSBs, with SBI, PNB and Allahabad Bank in the fray.

Though such high leveraging is not permitted by the RBI, thanks to political patronage, IPL continued with high leveraging for several  years—and  this does not include the non-fund based borrowings. 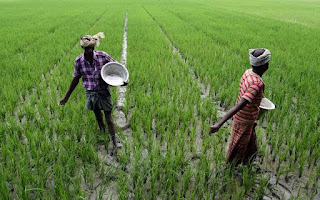 International prices of Urea and Di-Ammonium Phosphate (DAP) rose to their peaks in 2008, as India became the largest global  importer  of  fertilizers. In  2002,  India  was  a  self-sufficient  country  with  negligible fertilizer imports. After India opened imports in 2004, international  urea  prices  jumped  by  44  per  cent  in  the  year 2007, to $404 per  metric tonne,  while DAP prices  jumped two and a half times to $790 per metric tonne. A report from the American Antitrust  Institute  stated  that  the profitability of American fertilizer companies went up by 300 per cent during 2007 and 2008, when all other industries were suffering from the  banking  recession.

This was the biggest spurt in fertilizer prices in four decades. Using round-trip trading and with the help of international fertilizer cartels, the prices of procured fertilizer kept on rising. The subsidies for the small farmer were usurped while the big fertilizer companies and importers got huge subsidies, which were borne by the taxpayer. The strong Indian demand made the fertilizer markets extremely volatile through 2009, despite a  global slowdown.

As per the Comptroller and Auditor General (CAG), between June 2007 and February 2008, 17.58 lakh metric tonnes of DAP were imported in 43 shipments by IPL against 100 per cent advances from state governments, for which IPL failed to submit the requisite monthly sales reports even after two years. Imports of  fertilizer through IPL  continued  and  rose  from Rs.3,600  crore in 2006–07 to  Rs.32,600 crore in 2007–08. Despite CAG’s censure on  quantity  and  price  mismatches  in  fertilizer  purchases  by IPL during  the  2009  audit,  no  action  was  taken.

Looking into it in detail, we find that not only was the Indian buying  volume  huge,  it  had  no  relevance  to  market  prices.  The round-trip trading and over-invoicing theory also gains ground because the IPL balance sheets show several gross aberrations and undue risks taken—which, surprisingly, were not pointed out by its auditor, Deloitte, Haskins & Sells. Fertilizer subsidies, which  were  supposed  to benefit  the  farmers, were  usurped  by the nexus of politicians, bureaucrats and corrupt businessmen who imported the fertilizers. Banks and financial institutions bore  the  risk  as  importers  made  hay.

Why is the POT ( potato, onion, tomato ) sizzling

This was one of the biggest scams in the last decade that went uninvestigated, despite the CAG flagging it. The mammoth subsidies from the taxpayers’ money meant to facilitate the farmer, instead landed in the fertilizer importers’ kitty, thanks to the politicians and bureaucrats who milked the system and also  put  the  banking  industry  at  risk.

Excerpts  from the book :  The Inside Story of Indian Banking

Posted by Emnew Dresser at 8:25 AM

Email ThisBlogThis!Share to TwitterShare to FacebookShare to Pinterest
Labels: Economy